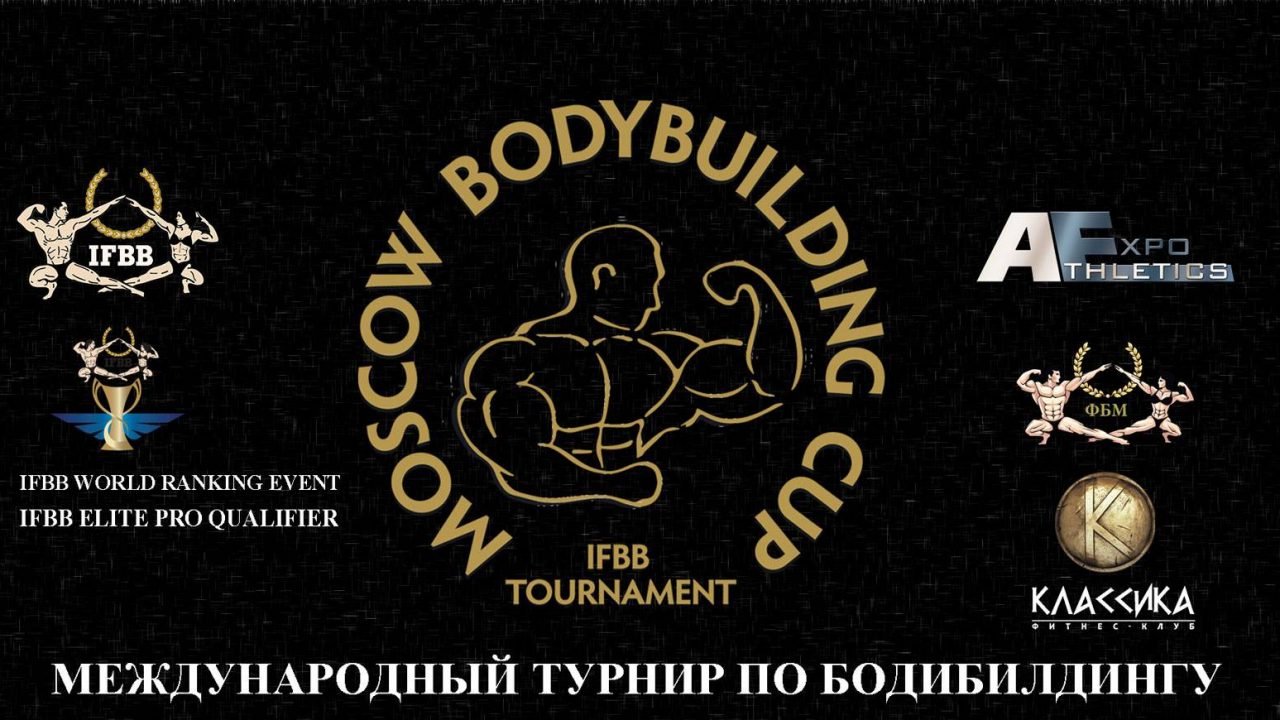 International tournament MOSCOW BODYBUILDING CUP will be held in the capital city of Moscow, Russia.

Moscow is the capital of Russia, its political, economic, commercial and cultural centre. It was founded 8 centuries ago by Prince Yuri Dolgoruky. Historians have accepted the year of 1147 as the start of Moscow’s history.

Gradually the city became more and more powerful. In the 13th century Moscow was the centre of the straggle of Russian lands for the liberation from the tartar yoke. In the 16th century under Ivan the Terrible Moscow became the capital of the new united state. Though Peter the Great moved the capital to St. Petersburg in 1712, Moscow remained the heart of Russia. That is why it became the main target of Napoleon’s attack. Three-quarters of the city was destroyed by fire during Napoleon’s occupation, but by the mid-19th century Moscow had been completely restored. After the October Revolution Moscow became the capital again.

Now Moscow is one of the largest cities in Europe. Its total area is about nine hundred square kilometers (ancient Moscow occupied the territory of the present-day Kremlin). The population of the city is over 9 million.

Moscow is one of the most beautiful cities in the world. The heart of Moscow is Red Square. It has more historic associations than any other place in Moscow. The Kremlin and St Basil’s Cathedral (Vasily Blazheny) are masterpieces of ancient Russian architecture.

The main Kremlin tower, the Spasskaya Tower, has become the symbol of the country. On the territory of the Kremlin you can see old cathedrals, the Bell Tower of Ivan the Great, the Tzar-Cannon and the Tzar-Bell, the biggest cannon and bell in the world. St Basil’s Cathedral was built in the mid-16th century in memory of the victory over Kazan. There’s a legend that Ivan the Terrible blinded the architects Barma and Postnik, because he didn’t want them to create another masterpiece.

There are a lot of beautiful palaces, old mansions, cathedrals, churches and monuments in Moscow. Now Moscow is being reconstructed and we all hope that in a few years the city will become even more beautiful.

There are more than 100 museums in Moscow. The largest museums are the Pushkin Museum of Fine Arts and the State Tretyakov Gallery. Other unique museums in Moscow include the All-Russia Museum of Folk Arts, the Andrei Rublev Museum of Early Russian Art, Alexei Bakhrushin Theatre Museum, Mikhail Glinka Museum of Musical Culture and many others.

Moscow is famous for its theatres. The best-known of them is the Bolshoi Opera House. Drama theatres and studios are also very popular.

Moscow is a city of students. There are over 100 higher educational institutions in it. Moscow is the seat of the Russian Parliament (the Duma) and the centre of political life of the country.

The Sokolniki Park, where today Sokolniki Exhibition and Convention Centre holds it’s great events, has long been a cult place of rest for Muscovites. As early as the 15th century Sokolniki was already considered a preserve forest area used only for the royal falconry. The powerful Russian tsars like Ivan the Terrible, Alexey Mikhailovich and Peter the Great loved to spend their free time in Sokolniki. By the end of the 19th century a park was founded in the huge forest that used to be here. Later it became one of the most famous parks in Moscow. Sokolniki was a true home to many legendary personalities. The park inspired the great opera singer Fyodor Chaliapin, such famous artists as Alexey Savrasov and Isaak Levitan, who devoted many of their beautiful oeuvres to Sokolniki. Another interesting fact is that, the Levitan’s painting «Autumn Day. Sokolniki» is the property of the State Tretyakov Gallery. Sokolniki metro station opened here in 1935 establishing a rapid link between the park and downtown Moscow. Everyone remembers the famous «Song of an old cabbie» performed by Leonid Utesov, which is a reminder of those events. A new era for Sokolniki began in 1959. That time proved to be decisive in the development of exhibition industry in our country. A golden dome was built in the park along with exhibition pavilions around it. The first event to be held at the new exhibition and convention centre was the American National Exhibition. That’s when Pavilion 2 witnessed the legendary «kitchen debate» between Richard Nixon and Nikita Khrushchev. Since then, exhibitions received a permanent residence in Sokolniki, and the centre became the most renowned in Russia.

The territory of Sokolniki Exhibition and Convention Centre regularly becomes the set for many movies and television shows. The park continues to operate its Ferris wheel and other amusements. The chess club, which held tournaments with the participation of such masters as Mikhail Tal, Yury Balashov, Boris Gulko is still open. Near the main entrance to the park is the Sokolniki Sports Palace – one of the major ice hockey sites in Moscow.

The official hotel of the Moscow Bodybuilding Cup is the Cosmos Hotel located Prospect Mira 150.

Construction of the Cosmos Hotel Complex was intended for catering to the XXII Moscow Olympics in 1980. The architectural project, overlooking the VDNKh fairgrounds (now the VVC, All-Russia Exhibition Centre) and Space Explorers Monument was carried out by a team of Soviet and French architects based on the French project that had been approved by the executive committee of Moscow City.

While planning the premises layout, the architects had to follow the Soviet building codes strictly, which not only strongly differed from the Western ones, but were much more rigid. The property was built by Sefri Co., France. Official opening of the hotel took place on 18 July 1979. That was a big fest with many politician, businessmen and pop stars participating. During its more than 20-year history the hotel had a pleasure to see many famous people staying at the property: Joe Dassin, well-known French singer, Alla Pugachyova, Russian pop star, Garri Kasparov, a Russian Olympic Chess Champion.

During its history, Cosmos has become a winner of many contests. Quite recently, on 11 December 1998 the property won a diploma «For Important Contribution to Development of Moscow Incoming Travel» by annual awards for Moscow City Hospitality Industry Development. A chef Anatoly V. Shalin was awarded «The Best Master-chef of Moscow Hotel Restaurant».

All guests of Cup can use PROMO CODE : BODY in order to get special offer from hotel.

A valid international passport and open visa are required to enter in Russia. It is National Federation responsibility to obtain an entry visa for Russia.

Russian entry visa is issued by the Embassy or a Consulate of the Russian Federation in the country of your residency based on the Visa Support. The Visa Support includes: a Foreign Traveler Entry Permit & a Tourist Voucher registered with the Russian Ministry of Foreign Affairs.

Contact the Organizing Committee, please, in order to get all information about this issue and to get Invitational Letter.

The Invitational Letter doesn’t mean you are granted your visa.  IFBB  and the Organizing Committee are not responsible of attendants visas.

Only IFBB amateur competitors who are recommended by their respective IFBB National Federations are eligible to compete. The organizers reserves the right to decline entry to any athlete who does not meet these requirements.

THE COMPETITION IS OPEN FOR ALL IFBB-AFFILIATED NATIONAL FEDERATIONS. PARTICIPATION OF ATHLETES IS UNLIMITED.  Registration of athletes will only be considered if they are entered by the National Federation of the athlete by sending the Final Entry Form via email directly to:

Online Pre-Registration is now open. We strongly encourage National Federations to nominate your athletes early, as applications will be available.

Registration, weigh-in and measurements of athletes will take place at the banquet halls “Galactica” 4 and 5, on Saturday, April 14th, 2018, from 16:00 till 20:00 hrs. All athletes will have to produce their Passports or Identity Cards and IFBB International Cards at the Official Registration.

All posing music with 60 seconds for bodybuilding competitors must be on an USB flash drive only. The posing music must be the only track on USB disc. The use

of profane, vulgar and offensive language is strictly prohibited in the posing music.

Each athlete participating in the championship will be provided with a wristband or identification tag at the Registration. This identification will allow daily admission to the venue and shouldn’t be lost.

The IFBB registration fee is USD $150 per athlete and will have to be paid in advance by credit/debit card or PayPal at IFBB webpage:

for your best comfort and convenience. Please add your name during online payment and bring a copy of your payment confirmation to the registration.

If paying at the Registration in Moscow on April 14th, an extra fee of USD $50 per participant will be charged.

of the IFBB Judges Committee, under address: pawelfilleborn@gmail.com

All judges and test judges must be present at the Team Managers and Judges Meeting. Any judge absents at this Meeting will not be allowed to judge at this Cup. If any of the above conditions hasn’t been met, judges will be unable to carry out their duties.

All the costs for travel, hotel accommodations, local transportation including airport transfers, as well as board (meals) are the responsibilities of the National Federations or individual athletes.

The national currency in Russia is Ruble (RUB).

The voltage in Russia is 220 V, 50 Hz. Plugs / sockets of type C and F (2 round pins). More info at:
https://www.worldstandards.eu/electricity/plugs-and-sockets/

Travellers from most nations in Asia, Africa and Europe should have appliances that work on the same mains voltage as Russia — therefore you will not need a voltage converter. Notable exceptions to this are Japan, Brazil, USA and Canada which uses 100/120 V, 50/60 Hz and other type of plugs. They will need a plug adapter and, probably, a converter.

Note: Some appliances run on a variety of mains voltages. Your appliance should be marked with this information or mentioned in the product’s instruction booklet. e.g. a power supply marked as: «Input: AC 1.5A 100-240V 50/60Hz» does not require the use of a voltage converter as it works on a mains voltage range between 100V and 240V.

Access to backstage and/or dressing room areas shall be strictly limited to essential personnel only through appropriate registration BY PAYMENT of
EUR €25 per person.

All media representatives that wish to obtain Press Accreditation for this event to register upon arrival and contact with Organization Committee.

The IFBB has banned all tans that can be wiped off. An official will check the tan of all athletes backstage and if the tan comes off by simply wiping, the athlete will be told to remove the tan before going on stage.

All Final Entry Forms should be sent no later than Friday, March 30th, 2018 to:

WE STRONGLY ENCOURAGE YOU TO REGISTER EARLY THROUGH YOUR NATIONAL FEDERATIONS